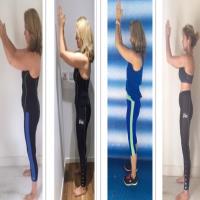 Protein is one of the major nutrients in our food and they are the building blocks of every cell of our body. Some of their functions are widely known: they contribute to the growth and maintenance of muscle mass, they are needed for building and repairing body tissues, and they function as enzymes and hormones and contribute to the normal function of the immune system (Duyff R. 2012). But proteins have another key role in nutrition; they could be helpful for the maintenance of body weight.

Some of the possible mechanisms for explaining these effects are increased satiety and diet induced thermogenesis, and the maintenance of muscle mass that comes with high protein diets.

But the effect of proteins on satiety not only can be seen by the higher and long lasting feeling of fullness that follows the consumption of high protein foods, but also by the higher induction of satiety in high protein diets (Westerterp-Plantenga, et al. 2009; Yang D et al. 2014), which would end up in reduced caloric intake. As some studies have shown, high protein diets could lead to a calorie intake reduction of up to 440 Kcal per day (Weigle, 2005).

Additionally, high protein diets have shown to have a greater effect in reducing the desire to eat late at night and the preoccupation with thoughts of food than standard protein diets, which could be of aid for reducing evening overeating and late-night snacking (Leidy, 2011).

Diet Induced Thermogenesis, also known as Thermic Effect of Food, is the amount of energy needed to digest, absorb, and metabolize nutrients and stands for around 10% of the total daily energy expenditure. Is influenced by the energy density and macronutrient composition of a meal. Protein generates a greater termic effect of food than carbohydrates or fats, in fact, the termic effect of proteins is up to ten times higher than in fats, and three times higher than in carbohydrates (Leidy, 2015). This means that the body burns more calories when processing proteins than processing fats or carbohydrates.

The influence of muscle mass

Muscle burns three times more calories per day than body fat, in fact each kilogram of muscle burns about 14Kcal per day, while fat only 4.5 Kcal per day   (Butte, 2014), therefore, maintaining (or increasing) muscle mass, is key to promote energy expenditure throughout the day.  But, when one undergoes a weight loss diet, one of the main challenges is to induce a loss of fat mass while maintaining lean muscle mass.  Several studies have shown that, while inducing more weigh and fat mass loss, high protein diets are also helpful for maintain muscle mass (Wycherley et al., 2012).

Nevertheless, in spite of what science has shown, the usual protein intake distribution of adults is typically skewed, with a low intake at breakfast, which does not reach the threshold of 20–30 g, and unnecessarily exceeding it at dinner (Paddon-Jones et al. 2015).

Benefits of protein on appetite and weigh control have been shown to be similar no matter if the protein comes from animal or vegetal source (Neacsu, 2014). Therefore, the recommended food sources of protein are lean meats, protein, fish, low-fat dairy, eggs, soy and other legumes, and protein supplements.